Is the IPO/new third board company's stock change audit base day determined after the equity transfer?

2. The equity transfer after the date of the stock reform audit
(I) whether there is a sponsor qualification issue
There is a view that "if the shareholder of the transferee is not an existing shareholder, it has the shareholders' equity and does not have the qualification of the sponsor". This view clearly will not be able to set up, on the one hand, the share reform base date, there is no clear legal definition, is a joint-stock company restructuring of the base date of audit the nickname, it just change the company's assets in the process of selection of a static reference frame, the emphasis is on the book assets of the company as a whole, shareholders' equity transfer is not enough to cause a significant change of the company's assets status, share reform base date and sponsor qualification definition there is no direct link. The joint-stock company, on the other hand, the sponsors shall be signed in front of the establishment meeting sponsor agreement, jointly determine the overall restructuring plan of shareholders, the transferee shareholder sponsor agreement signed with the original shareholders, can determine the qualifications of the restructuring or ratification.
(2) whether it affects the overall restructuring of the company
According to the current "company law" article ninety-five and article ninety-five, article 9, co., LTD., the overall restructuring into joint-stock company is required conditions as follows: 1, in accordance with "company law" the seventy-sixth about conditions for the establishment of the establishment of a joint stock company; 2. The total amount of paid-in capital shall not exceed the net assets of the company.
Share reform after the base date of equity transfer behavior will not affect the company's total equity, and net assets of the company, new shareholders to join our company, the shares promoter agreement signed with the original shareholders before the establishment of the company, become co., LTD., phase of the shareholders and the corporation promoter, does not affect the integrity of the restructured company before.
3. Operation mode in practice
(I) revise the original date of stock change
Concerned about the share reform rigour, share reform after the base date company equity transfer occurs, intermediary institutions are usually more inclined to adjust and to determine the base date, the company sorted out again after internal shareholding restructuring scheme determined, thus to avoid the dispute.
(2) it does not change the original date of stock change
As mentioned above, the share reform after the base date of equity transfer does not affect the change in co., LTD., as a whole, the assignee also can become the sponsors of companies limited by shares promoter agreement signed with other shareholders, to determine the overall restructuring plan, participate in the joint-stock company establishment meeting, co-sponsored joint-stock company. In view of the change of the shareholder situation of the limited company after the benchmark date of the stock reform, the accounting firm will generally explain in the post-audit report and the capital verification report.
In practice, there have been many cases of equity transfer after the benchmark date of the stock reform, and there have been many cases that are not adjusted on the basis day:
Company name stock code stock code stock change base day after the equity transfer time point share company establishment time
Yee tong 002183, August 31, 2004, February 6, 2004, March 30, 2004
For the period of August 31, 2007, August 31, 2007
It can be found at 831295, March 31, 2014, April 21, 2014, May 19, 2014
Kungong heng da 831152, July 31, 2013, September 17, 2013, September 29, 2013
Eurasian shares 831282, November 30, 2013, December 1, 2013, May 21, 2014
Tianchen intelligent 838725 December 31, 2015, February 18, 2016, March 23, 2016
Particular case is different, of course, in view of the case, the practice in the process of the company still need according to oneself circumstance to choose suits own plan, and actively with the agency and its subordinate departments of industry and commerce, business communication, to avoid unnecessary defects in the process of the company's share reform remaining. 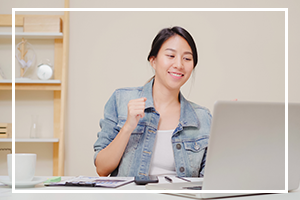